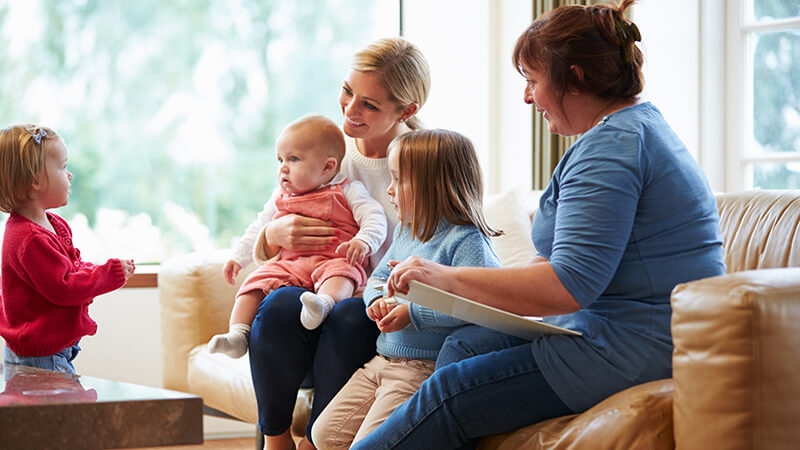 For those who enjoy helping individuals and families overcome difficult situations, social work is a challenging and fulfilling career with many opportunities to make an impact. Because it's often a frontline defense against mental, behavioral, and emotional issues in individuals and families, it has become a key part of the U.S. health system.

Social workers support clients who face challenges with mental health, substance abuse, aging, child welfare, poverty, and more. Because their clients are in vulnerable positions or are experiencing difficult times in their lives, it is a profession that requires empathy and compassion. The U.S. Bureau of Labor Statistics (BLS) reported that there were nearly 700,000 social worker jobs in 2016, and it projects another 109,700 will join the field by 2026. This is but one of the many career options for those with a degree in social work, whether it’s a Bachelor of Social Work (BSW) or a Master of Social Work (MSW).

For those interested in a career in social work, it’s important to consider which degree to pursue. This article looks at the similarities and differences in an MSW vs. BSW and addresses which degree is the better fit for various career goals.

The BSW is a four-year undergraduate degree that prepares students for entry-level careers in social work and related areas. Students complete a general core curriculum while learning the important foundations of social work, such as human behavior and psychology, the history of social work, basic social work practice, and research methods. They often also complete internships to gain hands-on experience.

What Do BSW Graduates Do?

According to a report by the Council on Social Work Education (CSWE), which surveyed 311 BSW graduates from the class of 2018, 60% of respondents were enrolled in the MSW program, while another 19% planned on enrolling in one within the next two years. Of those who joined the workforce, 26% had attained a position that required a BSW degree or license. Types of careers that BSW graduates commonly pursue include community health worker, case manager, direct service providers, and community organizer.

The MSW degree is for BSW graduates who want to take their education further. MSW programs build on students’ undergraduate knowledge with intensive fieldwork, bolstered by several years of research and coursework, and allow them to put their BSW skill sets it into practice while continuing to introduce them to relevant theories and policies.

What Do MSW Graduates Do?

According to CSWE, which obtained over 1,400 responses from MSW graduates, respondents were employed in a number of settings and served a diverse clientele. Many MSW graduates worked with children and families (34%), doing school social work (11.8%), or assisting those with mental health issues (26.4%). Over 82% of those who worked as social workers said they worked directly with individuals, families, and groups, while 8% participated in “indirect” social work, which includes public policy and advocacy, administration, management, and program evaluation. Job titles MSW graduates may hold include clinical social worker, researcher, program coordinator, and clinical care coordinator.

MSW vs. BSW: What Are the Similarities?

Both BSW and MSW degrees prepare their recipients for success in a social work career. Therefore, both programs equip students with an understanding of a social worker’s core job responsibilities, as well as the traits required. Social workers need to interact with people representing a wide range of ages, abilities, and backgrounds—and do so in a compassionate, understanding, and practical manner. Both degree programs reinforce valuable skills and tools for social workers throughout their curricula.

MSW vs. BSW: What Are the Differences?

Though the Bachelor of Social Work and Master of Social Work degrees have similarities, they have differences as well. The BSW is an undergraduate degree that incorporates core courses in topics such as mathematics and writing, with a general introduction to social work. The MSW, on the other hand, is an advanced, professional degree that builds on the foundation provided by the BSW curriculum and introduces new concepts, allowing its recipients to progress in their careers.

Enter Clinical Practice with an MSW

Become a Leader with an MSW

MSW programs equip students to become a manager, coordinator, or leader within the social work field. In this type of role, they can oversee teams of BSWs and other MSWs in a hospital or clinical social work environment, as well as step into a leadership position in an advocacy group or nonprofit.

Diversify with an MSW

MSW graduates will find themselves with a variety of nonclinical options as well. Their skills are applicable to adoption specialists, school counselors, program analysts, and family liaisons, for example.

MSW vs. BSW: Learn More About Which Is Right for You

If you want to start or advance your career in social work, or if you’re intrigued by the opportunity to become an LCSW, the next step is to earn your undergraduate or graduate degree. LSU Online offers a highly ranked Master of Social Work program that can prepare you for the next stage of your career. Learn more about the compelling specializations available in social work study and LSU’s online degree programs.