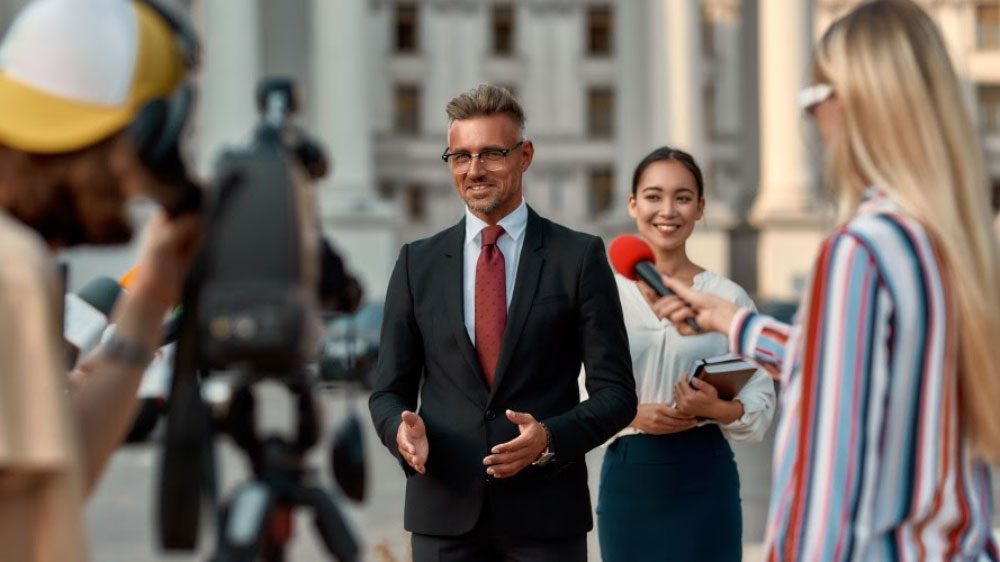 The average American adult spends over 11 hours per day consuming some form of media, according to the Nielsen Total Audience Report. Nielsen breaks down the time adults spend on different media platforms, from watching news on television to reading posts on social media. Since social networking sites have about 211 million American users, according to Statista, they also serve as the main source of political news for many people.

It is therefore important for these platforms to present their information ethically and factually. However, over time, it has become more common for news sources to present issues and information in biased or falsified ways.

The lack of ethics across communication fields, especially politics, is problematic for consumers and voters looking for credible information. The issue of media ethics becomes especially pressing during election years when voters depend on the media to make informed decisions. While discussions of political ethics often center on politicians themselves, campaign managers are equally responsible for running ethical campaigns.


What Does a Campaign Manager Do?

Individuals running for political office typically work with many team members on their campaigns. The most important member of a campaign team is the campaign manager who oversees, organizes, and manages the daily responsibilities of a political campaign team, including the candidate.

While the candidate is the face of the campaign, the manager guides the strategic direction of the campaign and directs other workers, staff members, and volunteers. Campaign managers serve as marketing managers as well as public relations managers, helping to establish a candidate’s public image. They also work with their candidates to determine policy positions in order to appeal to parties and voters.

Since campaign managers also help establish and manage a candidate’s media presence, on traditional platforms as well as a variety of social networks, it is important for them to practice media ethics in their jobs.


The Role of Media Ethics in Political Campaigns

Media ethics plays an important role in political campaigns, especially during a time in which many people view media platforms as spreading biased and falsified information. Since the main goal of a political campaign is getting a candidate elected, campaign managers should make ethical decisions throughout the entire process, as to not compromise the election.

Campaign managers interact with many different traditional and social media platforms, so they play a vital role in ensuring ethical reporting during events, polls, and elections. One of the most important tasks they have in ensuring media ethics is accurately reporting results.

Since political campaigns can be accused of deception or worse, it is important for campaign managers to uphold ethical standards during the election process. According to the ACE Electoral Knowledge Network, “Campaign ethics and the behavior of the parties, candidates, and their supporters has a direct impact on the integrity of the electoral process. Unethical campaign behavior or treatment that artificially affects the election outcome and the process does not allow for a free, fair, or credible election.”

ACE provides a list of ethical parameters for political campaigns around the world. These guidelines rely on respect for voters, other parties, and other candidates. Campaign managers should be aware of how to operate within these standards as well as within legal regulations and rules.

Campaign managers play a crucial role in elections. The following tips can help them ensure a successful campaign in the midst of controversies and the spread of false news:

By adhering to media ethics during a political campaign, campaign managers can demonstrate that their candidates are respectful and trustworthy. Voters are more likely to vote for a candidate they think will be effective and honest in office.


Pursue a Career in Political Communication

Campaign managers have an important role in establishing a candidate’s image leading up to an election. Since voters are inundated with information from a variety of traditional and social media platforms, they are looking for credible and accurate information regarding candidates. Campaign managers should be able to effectively interpret and communicate reports to both mass media professionals and other individuals involved in political and electoral processes.

How to Become a Social Media Manager

How to Become a Sports Marketing Manager

The Campaign Workshop, “6 Traits to Look for in a Campaign Manager”

Master Class, “What Is a Campaign Manager?”