How to Become a Political Journalist 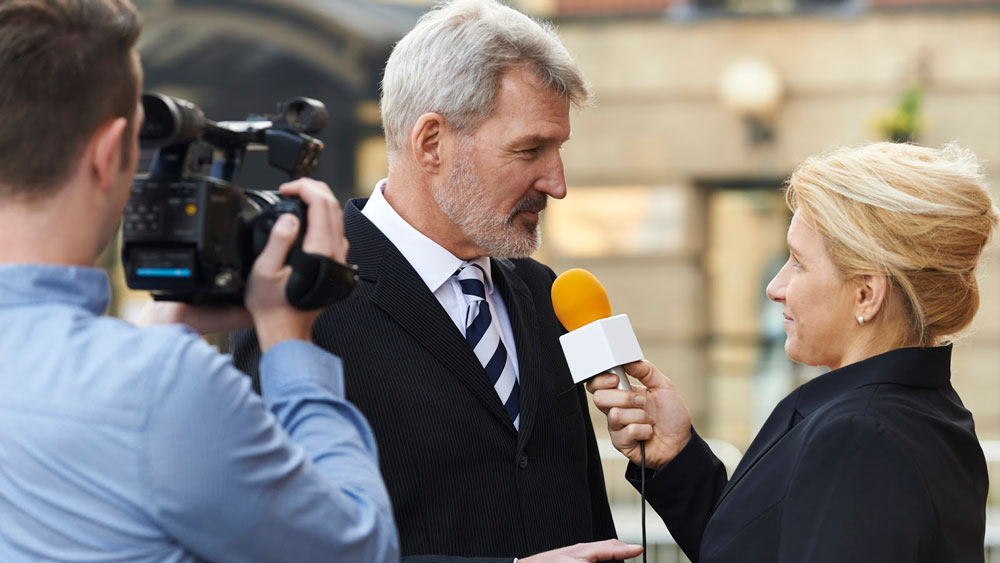 Political journalists have a front-row seat to history, reporting on the people and events that shape daily life in the United States and around the globe. In a job legally protected under the First Amendment to the U.S. Constitution, political journalists inform the public about policies and other political issues, be they local, regional, national, or international in scope. The press, and the political press in particular, is referred to as the Fourth Estate in an illustration of its power and influence in a political system.

Students who are interested in politics, invested in how policies affect individuals and societies, and want to participate in the political discussion may want to consider how to become a political journalist.


Roles and Responsibilities of a Political Journalist

Political journalists produce articles based on topics assigned to them by an editor, as well as pitch their own ideas for articles. They may analyze and interpret documents and data; attend press conferences, briefings, and other live events; and develop relationships with and interview sources to gather the information needed for their articles.

Journalists write their articles to fit the style, tone, and needs of a particular media organization and platform (print versus digital, for example). Often, political journalists write multiple versions of the same story for different platforms, such as the print and online editions of a newspaper, and will continue to monitor the story as needed for updates or follow-up articles.

Beyond researching and writing news articles, journalists may be asked to produce or procure related graphics, audio, or video.

Journalism has a long history, with the practice dating back centuries. The invention of the printing press in 1440 and greater literacy among the populace by the 1600s were major catalysts for the profession, with newspapers as the longtime dominant delivery system. Needless to say, a lot has changed in journalism—and political journalism—since.

Today, people get their news not just from printed newspapers or even radio or television broadcasts but also from their computers and smartphones via internet news sites and social media. Dissemination of information is now virtually instantaneous, which enables political journalists to get much closer to their audience and allows them to provide real-time updates as a story unfolds. Technology has also opened up new pathways to sources and stories.

In addition to bringing benefits to the field, technology has also had a negative impact on political journalism. With so much news now broken out into small digital chunks, context and nuance can be lost. In addition, niche news sites and tools have emerged, creating media echo chambers in which readers are exposed only to information that reinforces their preexisting views and beliefs. The industry has also seen a proliferation of “citizen journalism.” Almost anyone can publish information now (including journalists’ sources themselves); some of that information is true, some of it is opinion, and some of it is false. It is incumbent upon those who become political journalists to amplify what is true, distinguish what is opinion, and combat what is false.

Journalists need strong writing skills to produce accurate, clear, and grammatically correct content. They use research and investigative skills to gather the information needed for their articles, and they must have strong analytical capabilities. A deep understanding of government and politics is also necessary.

Collaboration is a key skill for political journalists, as they frequently work with fellow journalists, editors, photographers, videographers, and other media professionals in the production of stories.

As the field of political journalism continues to evolve, experience with social media, coding, video and audio production, and related areas will be increasingly valuable.

Although the BLS predicts a 10% decline in jobs in these general fields from 2018 to 2028, political journalism is becoming increasingly prominent and essential in the journalism industry. In addition, there has never been a better time for political journalists to cultivate an audience. Digital tools and platforms such as Twitter are allowing journalists to attract and grow their readership in ways that were not possible in prior decades.


How to Become a Political Journalist

Generally, the first step in becoming a political journalist is earning a bachelor’s degree in journalism or communication, specifically political communication when possible.

It is important for job candidates to have clips or samples of work, so students should take opportunities to work for student-produced media properties to build their portfolios. In addition, membership in professional organizations for political journalists, reporters, and broadcasters provides valuable networking opportunities.

Internships and fellowships can also be an important step in becoming a political journalist. For students or recent graduates looking to break into the field, these kinds of programs offer a chance to develop their skills, network, and establish a professional work history.


Prepare for a Career in Political Communication

For those wondering how to become a political journalist, LSU Online’s Bachelor of Arts in Mass Communication, with its Political Communication concentration, can provide the academic foundation they need to pursue a journalism career in politics. The program includes courses in media researching, analysis, and writing, as well as ethics and law and government and politics.

Graduates of the online Bachelor of Arts in Mass Communication program who completed the Political Communication concentration will have the critical thinking and communication skills necessary to influence and shape society as part of the powerful Fourth Estate.

The Atlantic, “The Humans of The New York Times”

The Guardian, “How to Be a Political Reporter: Know Your Beat, Respect the Reader, Hold Your Nerve”

The New Yorker, “Does Journalism Have a Future?”

Poynter Institute, “Here Are More Than 100 Journalism Internships and Fellowships”

Reporters Committee for Freedom of the Press, “First Amendment Handbook”