How to Become a UI/UX Designer 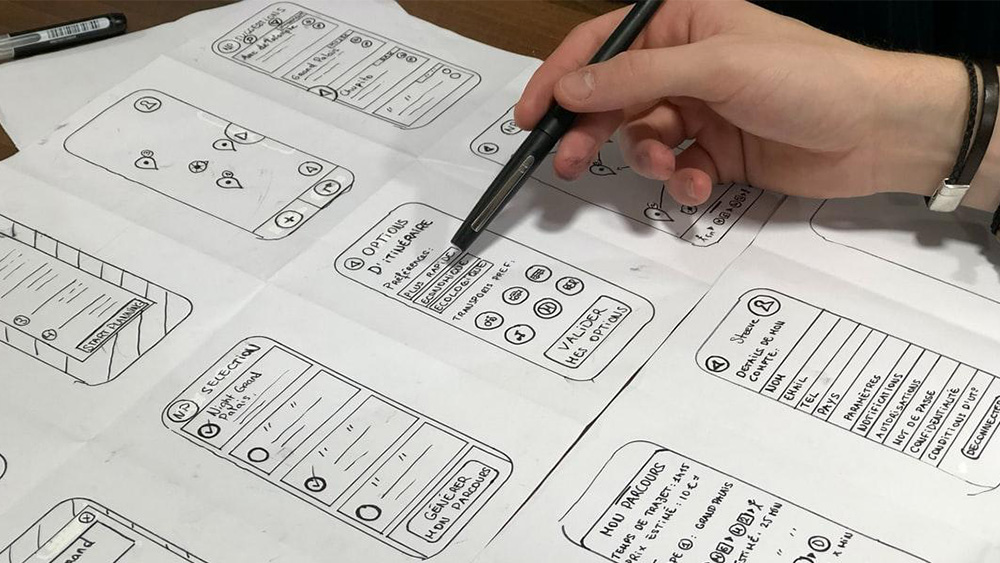 The digital-first shift and the Fourth Industrial Revolution have created a booming demand for tech talent to design, build, and develop the programs transforming how we live and work. All of these programs will need the input of a UX designer to function efficiently. It should be no surprise, then, that the field of web developers and web designers, including UX and UI designers, is expected to grow at 13%, which is faster than average.

What Are UI and UX?

UX and UI are often used interchangeably, but they focus on different things. User experience design encompasses all aspects of the user's experience with a product or service. For instance, if you're using a grocery pickup app, your user experience would include steps like ordering a specific laundry detergent and having it delivered in good condition.

User interface design is the part of user experience design that deals with the interface aspects of a digital product. For the grocery pickup app mentioned above, UI design would cover how easy it is to add items to your cart and checkout

UX and UI work together to create a positive experience with a digital product. We'll discuss the essential aspects of each below.

What Is User Interface Design?

UI design focuses on the look, feel, presentation, and interactivity of a product. UI designers create a visually appealing and responsive experience that efficiently guides users through elements or components of the product. Good UI design should be intuitive without requiring too much thought from the user. Some components of UI design include: 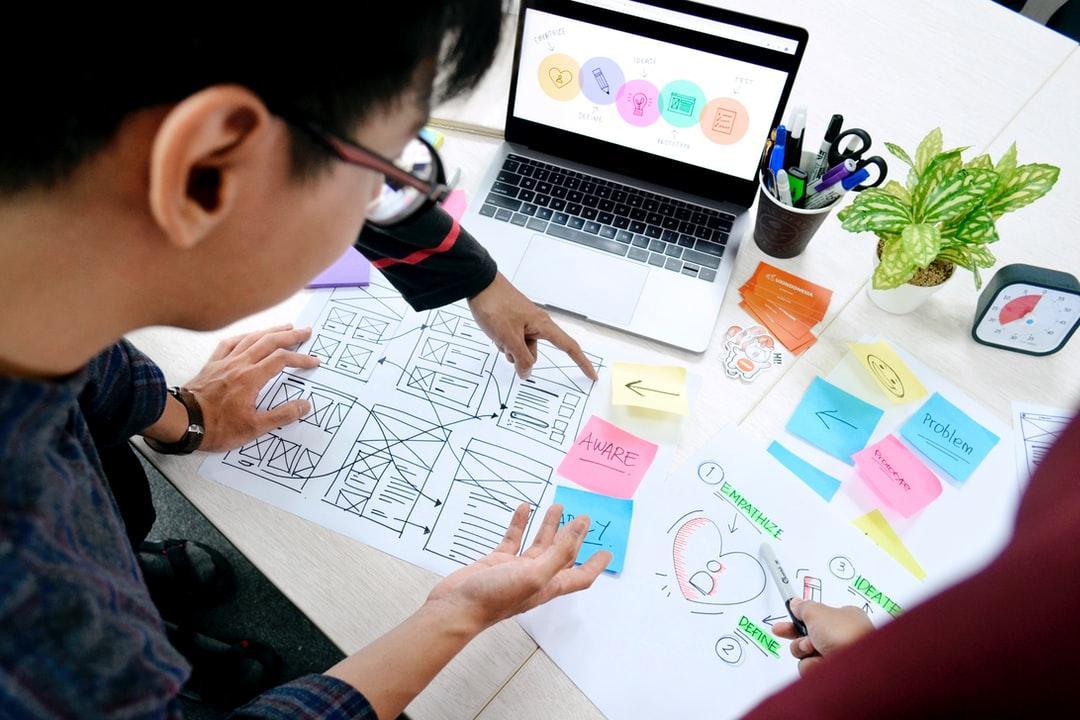 What Is User Experience Design?

User experience design is how a user interacts with a product or service. In UI vs. UX design, UX design isn't limited to digital products, although that's where it's used most frequently. The term UX design was coined by Don Norman in the mid-1990s when he worked for Apple. However, the concept itself is much older. At its core, good UX design fosters a frictionless experience when a user interacts with a product. A UX designer considers every aspect of the user flow and how easy it is to accomplish their intended tasks.

UX design isn't always concerned with a product's visual appearance outside of how it affects the ease of use. It involves user research and analysis to design and improve all aspects of the interaction between users and products.

UX designers use the steps of design thinking to accomplish their goals:

What Is the Difference Between UI and UX?

Think of UI as a part of overall UX. A UX designer will try to walk in a user's shoes when solving a problem with a product.

UI designers focus on a narrower aspect of the user's journey, specifically the interface elements the user needs to navigate the product successfully. As an analogy, UX design is about building a house, and UI design involves furnishing it and making it a home. UX and UI are often used interchangeably, even in job listings. The roles tend to overlap a lot—exactly how much depends on the company—but both are essential for a product's success.

How Do UI and UX Work Together?

UI and UX work together to optimize all aspects of a user's interaction with a product, from awareness to becoming a satisfied customer.

For digital products, UX designers work to optimize a user's experience. In contrast, UI designers optimize the product's look and interactivity. UX and UI designers have to work closely for a successful product.

In many companies, the roles are combined so that one person or team will be responsible for creating both a good user experience and an intuitive user interface. For example, a UX designer may outline the entire customer journey starting with problem identification, such as finding an accessible walking trail.

From there, the designer will design an app that allows the user to search for a trail based on proximity and difficulty. When creating an app to solve a problem, the UI designer (who may be the same person) will focus on an interface that's easy to use and doesn't frustrate the user.

What Tools Do UI and UX Designers Use?

UX and UI designers use a variety of research, testing, and prototyping tools, such as:

Do UI and UX Require Coding?

UI and UX design do not require coding. However, you'll probably still benefit from at least knowing a bit of HTML, CSS, and Javascript. These are the languages that control the front-end functions of an app or website. Understanding some coding can help UX and UI designers communicate better with developers, who have to build what they design. Understanding code can also keep UX and UI designers from designing features and products that are impossible to create with existing languages and technology.

How To Become a UI or UX Designer

Employers won't require you to have a specific degree to become a UI or UX designer, but you do need to have a combination of soft and hard skills to be successful. An online course or bootcamp, such as the LSU UI/UX Design Bootcamp, can help you learn the skills necessary, while also allowing you to balance your studies with a full-time job or other obligations. Whether you take a course or study on your own, you'll need to cover all aspects of end-to-end UX and UI design, such as:

Once you've mastered the elements and processes involved, you'll need to create projects to showcase in your portfolio. Hiring managers will want to see that you've worked on real-life projects. Part of the interview process will involve explaining your approach and why you made those choices.

How Much Do UI and UX Designers Make?

The average UI/UX designer salary is comparable to other tech positions. According to Glassdoor, the median salary for a UX/UI designer is $89,311 per year. Senior UX/UI designers have an average salary of $134,125 and lead UX/UI designers average $149,788 yearly. Although UX and UI designers are responsible for different functions, many companies combine the roles. There's a lot of overlap in job duties.

Careers in UI and UX Design

UX and UI designers enjoy a high job satisfaction rate, ranking their work-life balance 4.0 stars, compensation 3.7 stars, and career opportunities 3.9 stars. Although UX and UI design covers different product design aspects, they share many similarities. Some companies combine the roles into one, so it's a good idea to know how to do both. It's important to understand when to use which tools and processes.

Companies may have other names for roles under UX or UI design. Some additional job titles that encompass or overlap with UI and UX design include:

You can learn UX and UI design through our 100% online UI/UX DesignBootcamp which is designed to get you career-ready in nine months with about 10 hours of study time weekly. You'll have human support every step of the way, including an industry expert who will meet with you weekly, a student advisor, and a career coach.

With your capstone project, you'll build a unique portfolio that showcases all of your skills. You'll also have the opportunity to be matched to a real company and complete a 40-hour industry design project, giving you invaluable real-work experience. Explore our UI/UX Design Bootcamp, and take the first step towards unleashing your creativity in a UI/UX design career.